← more from
Downwards Records
Get fresh music recommendations delivered to your inbox every Friday.
We've updated our Terms of Use. You can review the changes here.

Hidden In This Is The Light That You Miss 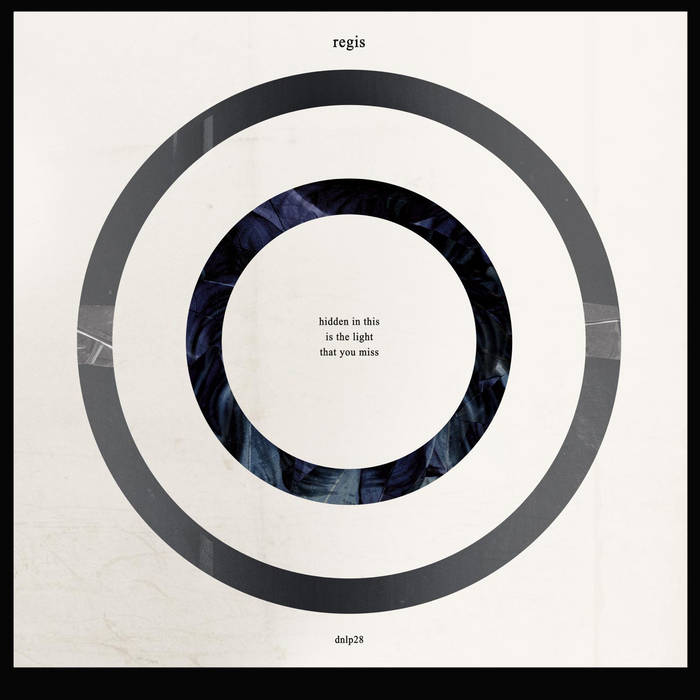 Finally, Regis lets his rhythmic noise opus out into the world, a bruising and hauntingly absorbing new album - his first since 2001 - recorded in Berlin with Einstürzende Neubauten’s engineer/producer Boris Wilsdorf and an absolute must if you want a dose of highest grade industrial rhythmic noise or into anything from British Murder Boys to Test Department, Jeff Mills and Cabaret Voltaire.

On a masterful twenty-year followup to ‘Penetration’, Karl O’Connor yields a definitive solo LP that distills his passions for sonic brutalism and bastardised Chicago tracks with syncopated UK swagger and reverberating warehouse ballistics. Its lip-bitingly gripping effect is testament to a resounding reputation as one of Industrial music’s most influential producers, and sees the artist bring his own influences - from Test Department to Jeff Mills - into line with his potent palette of narcotised tones.

Recorded in Berlin with Einstürzende Neubauten’s producer/engineer Boris Wilsdorf, the album’s supple, spartan, and rhythmic gymnastics notably benefit from acres of icy room to roll around and lash out. Snagged around muscular bassline revs, and caressed with keys and vocals by post- punk catalyst Annie Hogan (whose recent turn for Downwards was a total revelation), the 9 tracks portray Regis at his leanest and most mesmerising, which is all the more impressive coming from an artist who’s deliberately held his line through Industrial mutations for more than 30 years.

Between the razor-sharp electro of ‘Everything is Ahead of Us’, and the pure voodoo of ‘Calling Down A Curse’, he sharply carves a uniquely UK and shark-eyed style that lets on to influence from tech-step D&B and dark garage rolige as much as Test Department’s seminal ‘Beating The Retreat’ or 23 Skidoo and ‘Crackdown’-era Cabaret Voltaire.

Highlights such as the swingeing 11 minutes of swordplay drums and bubbling acid in ‘The Sun Rose Pure’, and the straightjacketed funk of ‘I See Fire’ epitomise the rudeness at play, and together with the viscerally personalised sound design virtues of ‘Another Kind of Love’, the immaculate noirish vignette ‘Alone of All Her Sex’, and the lush tristesse evoked by ‘Eros in Tangiers’, this album effectively defines Regis as peerless in his field, and is essential to fans of the artist’s solo classics and with British Murder Boys, Sandwell District, Ugandan Speed Trials and CUB.

Bandcamp Daily  your guide to the world of Bandcamp

sndtrak stops by with an Album of the Day Feature of his most recent release, FLIPS V1: Triple Lindy