← back to
Downwards Records
Get fresh music recommendations delivered to your inbox every Friday.
We've updated our Terms of Use. You can review the changes here. 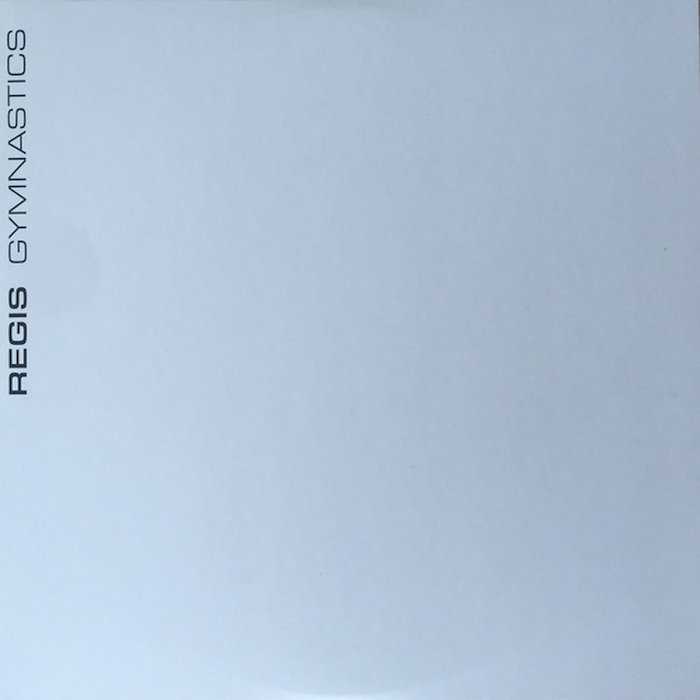 For this edition the Birmingham techno overlord has revisited the scene of the crime from original stems and salvaged 8-tracks tapes. The unyielding results effectively present a doctored version of his seminal - some may say game-changing - record, featuring new studio versions and unreleased sequences. It’s basically a stronger, fitter version of his most prized LP, loaded with sounds as brutally functional as the city which birthed them, but redrawn with sharper edges and elbows for 2017 dancers and DJs.

Originally recorded in September 1996 in Room 406, Digbeth, Birmingham aka Scorn’s studio - sandwiched between Tony De Vit and Broadcast’s recording spaces - Regis used 1 drum machine, 1 synth, and 1 FX unit to nail home a back-to-basics approach to techno; one inspired as much by the direct immediacy of Chicago house as the febrile DJ sets of Jeff Mills, but also drawing a crucial X factor from his background as a bit of hooligan, with form in a number of post-industrial, EBM and punk units.

When Gymnastics first hit the ‘floor it was considered shocking anathema to the swell of manicured, proggy arrangements which were by then dominating the spotlight of British dance in clubs and the media. It was loopy, stripped to the bone and shark-eyed, always moving forward and without the faintest recourse to melody or harmony - simply revelling in the gnashing tension and swerve of raw, clattering drum machines and monophonic synth jabs. Big Beat or trance it fxcking well wasn’t.

As a sound it was arguably responsible for a whole sub-genre’s worth of imitators who never quite reached its Kwik Save milk ailse levels of cold harsh reality, mainly thanks to Karl’s sly, kinky refusal of funk - doing it so dry that it actually came out so stiff it popped, just like Kraftwerk, but if they could only modulate one syllable in a Birmingham accent.

21 years later its lip-biting force is now felt stronger than ever. From the grumbling refusal of We Said No and the austere wall-banger Allies that boot off the album, thru the 16th note nag of Translation to the rictus jag of Sand and The Black Freighter’s metallic bite, this is timeless, primal dance music that still causes friction wherever it’s deployed.

Bandcamp Daily  your guide to the world of Bandcamp

sndtrak stops by with an Album of the Day Feature of his most recent release, FLIPS V1: Triple Lindy